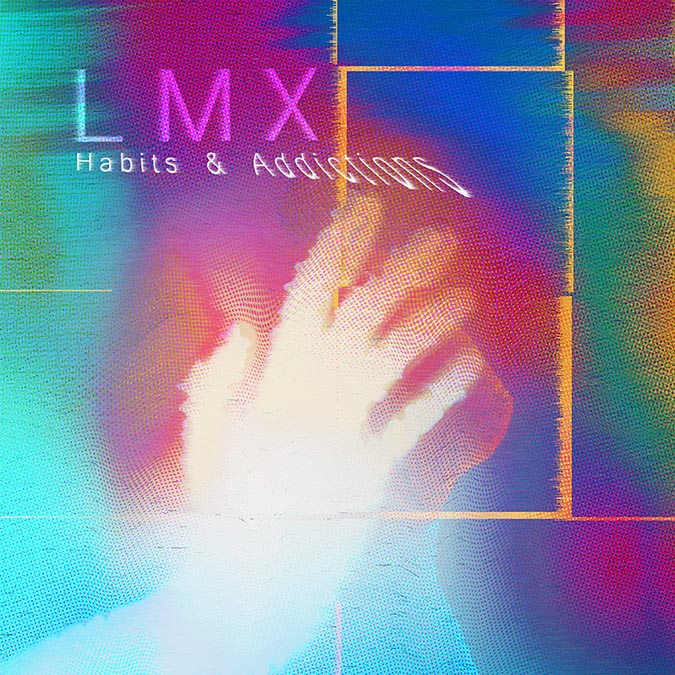 On his new album „Habits & Addictions“ LMX has matured and has further developed his atmospheric sound. 10 varied Electro-Pop songs are deliberately based on the 80s. Electronic beats, pulsating sequencer lines, catchy melodies and warm analogue synthesizer sounds are reminiscent of early OMD, Depeche Mode or Yazoo. With a very own character, polished sound design and modern production, LMX transports these atmospheric retro vibes into the present day.

It is powerful and disturbing when LMX – torn by anger and remorse, reproaches against yourself and others – reflects on the consequences of one ́s own actions. On the other hand, thoughtful lyrics and the unique voice of LMX unfold a fragile emotional world full of longing and melancholy. This polarity is also symbolized by the cover artwork, which LMX – in the truest sense of the word – created with his own hand. Amid blurred, distorted colors and a colorful euphoric environment, a hand seems to reach for something, hoping for rescue, like a drowning man. „Please don’t let me drown in this mess I’ve made“ it sounds appropriate in the “Changes”-Remix.

„Habits & Addictions“ is a dense, touching and moving musical work that once again underpins LMX’s creative claim and makes it clear, that still a lot can be expected from the young artist in the future.

new wave nostalgia, which feels both fresh for 2022 and steeped in historical authenticity.

Habits & Addictions is emotion filled, raw and yet, in the end, looking for the light, LMX might become your addiction.

any questions about this release?